Reptiles and insects are among the most curious and interesting of nature's creatures with behaviours and habits that have inspired endless study.

Educational encounter sessions are held by staff for visitors to Creepy Crawly World. Some of the insects and reptiles may be handled - with care! Snakes are carnivorous reptiles. They are distinguished from lizards by their lack of eyelids and external ears. They are known as 'squamates' and are covered in overlapping scales. There are over 2,900 species of snake. Snakes are thought to have evolved from lizards during the mid-Cretaceous period about 112 million years ago. Most species do not have venom. Those that do use it to kill their prey which are usually small mammals such as mice. Spiders are the largest order of arachnids. With eight legs, spiders are arthropods (pod means feet) and they have fangs that inject venom to paralyse their prey. Spiders live in almost every habitat except the air and the sea. They can be found on almost every continent except in Antarctica. There are approximately 40,000 species of spider. Natural scientists who study spiders and insects are called taxonomists. Spiders are not classified as insects. Unlike insects they do not have antennae. The spider's abdomen carry appendages or 'spigots' that work… There are almost 3,800 species of lizard in the world. They are reptiles with overlapping scales, typically with limbs and external ears. Some lizards can shed their tails in order to escape from predators. Lizards can communicate using body language or by employing bright colouration on their bodies. They generally have good colour vision. Some species of lizard are called chameleons which can adapt their skin colour to their surroundings for safety. The largest living lizard is the Komodo Dragon which can grow up to three metres in length 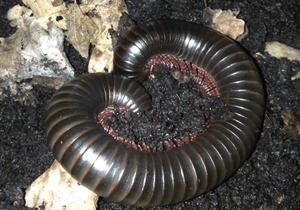