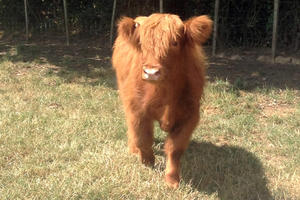 Huckleberry is quite a newcomer to the Rare Breeds, but has made himself right at home! You can find him in the children's barn.

Highlands are a breed of Scottish cattle. They typically have long horns and long wavy coats that are coloured black, brindle, red, yellow, or dun. They originated in the Highlands and Western Isles of Scotland and were first mentioned in the 6th century AD. They have since been exported to other parts of the world such as Australia, Norway and Canada.

Huckleberry doesn't have the distinctive horns usually seen on Highland cattle, as he was de-horned as a calf. He arrived on the farm at 18 months old, from a local school farm, where he won a Champion rosette for their Young Farmers at the Kent County Show. 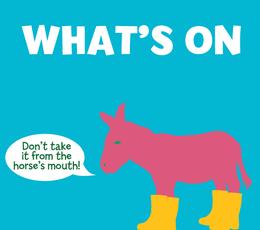